Apple revenue should continue to shrink, so why is the stock up? 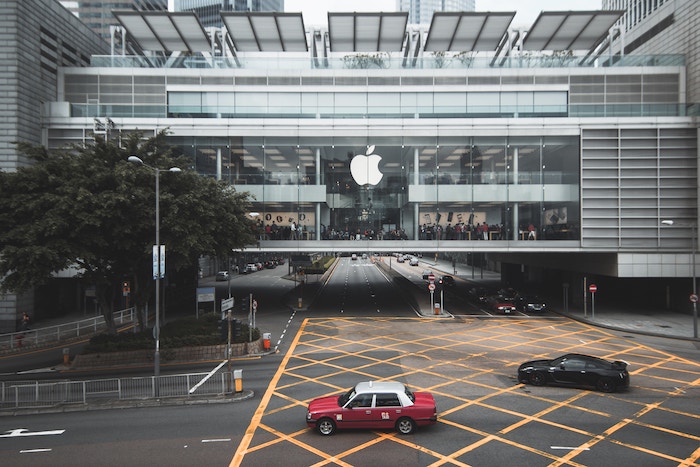 Apple Inc. posted a sharp decline in revenue for its holiday quarter. That wasn’t a surprise.

What follows might be. The company issued a weaker-than-expected sales forecast for the current quarter, suggesting that the slowdown in iPhone sales might lead to meaningful revenue declines moving forward as well.

Analysts already expected small revenue declines for every quarter of the current fiscal year before Apple AAPL, +4.75%  issued its March-quarter outlook on Tuesday, calling for revenue of $55 billion to $59 billion for the quarter, compared with the FactSet consensus of about $59 billion and the previous year’s total of $61.1 billion.

That type of sales decline trend would typically not result in a stock bouncing higher, but Apple stock rose more than 5% in after-hours trading and was up as much premarket Wednesday, leaving one question: Why?

Wedbush analyst Daniel Ives cited three reasons in a telephone conversation Tuesday afternoon, starting with the revenue forecast. While it came in below analysts’ consensus expectations, Ives said it was still higher than the market feared.

“There was fear that they could guide to a sub-$55-billion number,” Ives contended.

The other two factors both had to do with Apple’s services business, which the company has stressed as iPhone sales have stagnated. While iPhone revenue declined 15% from the last holiday-shopping quarter, software and services revenue increased more than 19% after normalizing for a change in revenue-recognition rules. Ives pointed to two specific services disclosures from Apple: the gross profit margin and the number of users paying for subscriptions.

Gross margin for the services business was the peace offering Apple offered while taking away unit sales of specific products like the iPhone, trading out a metric that would not look good for Apple for one that does. Apple said that its gross margin for services like Apple Music, iCloud and Apple Pay was 63% in the quarter, which Ives said was better than expected.

“The line in the sand was 60% gross margins,” said the analyst, who has an outperform rating on Apple shares with a $200 price target. “The services business may have been something [investors] were underestimating in terms of just how profitable it is.”

Ives compared it to Amazon.com Inc. AMZN, +3.57% breaking out the performance of its cloud-computing division, which also offered a peek at a higher-margin business that was being diluted by a much larger core business with lower margins.

“When Amazon broke out AWS margins, that was a defining period for Amazon, because investors then started to give them more credit,” he said.

The type of revenue Apple is collecting through those businesses makes a big difference as well. Ives pointed to the number of paid subscriptions Apple has as an important disclosure, since that is a recurring revenue source that is more predictable, a key factor for Apple as iPhone users on average wait longer before buying a new phone.

”We now have over 360 million paid subscriptions across our services portfolio, an increase of 120 million versus a year ago,” Chief Financial Officer Luca Maestri disclosed on Tuesday’s conference call. “Given the continued strength and momentum in this part of the business, we now expect the number of paid subscriptions to surpass half a billion during 2020.”

BTIG analyst Walter Piecyk pointed at a different figure in Apple’s forecast, for overall gross margin of 37% to 38%, signalling profitability will not decline along with revenue.

“The good news is that the lower revenue guidance, likely in part driven by price cuts in certain markets, did not result in weak gross margin guidance, another relief to investors fearing the worst,” Piecyk wrote, while subtracting $6 billion in 2019 iPhone sales from his estimates due to the weak forecast. He also shaved his price target to $189 from $197 in a Tuesday evening note

Overall, Apple’s stock jump in late trading Tuesday feels like a relief rally, as investors received information that was not as bad as was feared amid a 27% decline over the past three months, a period in which the S&P 500 index SPX, +0.89% was basically break-even. That type of rally may not last long, however, as it completely depends on Apple living up to what it promised on Tuesday.

”Now it comes down to that March guidance — it is imperative they hit,” Ives said, noting the big miss on the original holiday-quarter forecast that required Apple’s early warning. “There is a big credibility issue in terms of them predicting iPhone sales.”

Source: MarketWatch | Apple revenue should continue to shrink, so why is the stock up?