Don’t Waste Your Money on Penny Stocks. These 3 Stocks Are Better Buys 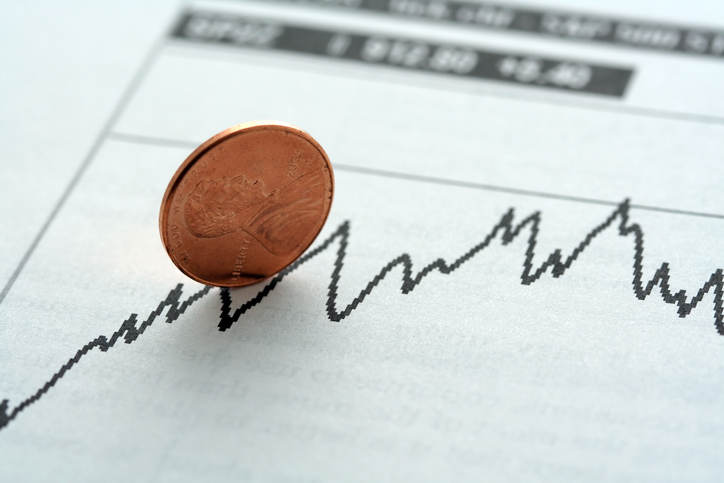 The siren song of penny stocks lures many inexperienced investors, but the results are almost always disastrous. Eventually, investors learn that price per share doesn’t actually reveal anything useful about the potential of a business to grow. Metrics such as revenue growth, profit margin, operating income, and operating cash flow are far more revealing indicators when it comes to forecasting the trajectory of a stock.

To put it bluntly, you should never waste your hard-earned money on penny stocks. With that in mind, we recently asked three contributors at The Motley Fool for a stock high on their watchlist with great long-term potential. Here’s why they chose UroGen Pharma (NASDAQ:URGN), Okta (NASDAQ:OKTA), and SSR Mining (NASDAQ:SSRI).

A breakthrough therapy and an overlooked stock

Maxx Chatsko (UroGen Pharma): Perhaps it’s the focus on boring urology treatments, or the fact that the company is headquartered in Israel, but UroGen Pharma seems to be flying under the radar of most investors. Continuing to overlook the business could be a mistake.

UroGen Pharma shares recently plunged on the news of a major share offering of up to 4.2 million shares that would raise up to $172.5 million in gross proceeds. The extra capital will pad a balance sheet that held $109 million in cash and cash equivalents at the end of September 2018, which is important considering the business reported an operating loss of $53 million in the first nine months of 2018. However, management is also preparing for the potential launch of a major product in 2019.

The company’s lead drug candidate, UGN-101, was developed as a potential treatment for low-grade upper tract urothelial cancer (LG UTUC), for which there are no approved treatments. It received orphan drug status, fast-track designation, and the coveted breakthrough therapy designation from the U.S. Food and Drug Administration. In early 2019, the company delivered on the drug candidate’s potential with impressive phase 3 data. Fully 57% of patients achieved a complete response, and all who did remained disease-free after six months.

While data are still rolling in, the breakthrough therapy should be able to earn FDA marketing approval in the second half of 2019. Analysts expect the drug to reach over $500 million in peak annual sales, which would surely be enough to lift UroGen Pharma from its current sub-$700 million market cap — if the team executes on a successful launch. Couple that with solid pipeline candidates in UGN-102 and a separate product formulation being investigated by Allergan, and this is one under-the-radar stock investors will want to examine more closely.

Okta has less risk than penny stocks, but still has big rewards

Chris Neiger (Okta): Okta is betting on a market that not many investors have likely heard about called the identity and access management (IAM) market.

Okta’s IAM software adds an extra layer of protection to a company’s existing firewall to help companies manage their account logins. This means Okta’s software gives the right people access to data and files they’re supposed to see and, most importantly, withholds access to files from people who don’t have the right permissions. This new security niche is growing quickly, and by 2025, it’ll be worth an estimated $22.7 billion.

Okta’s business is growing like a weed right now, and in the most recent quarter, the company increased both its subscription revenue and total revenue by 58% from the year-ago quarter. Okta’s attracting lots of new customers as well, and at the end of the third quarter, it had 5,600 customers, up 42% year over year. If the company’s fourth-quarter results match management’s guidance, then Okta will finish out its fiscal year with sales up about 40%.

All of this growth has understandably lifted Okta’s share price up about 150% over the past 12 months. Even with those gains, there’s still a lot of opportunity for investors to benefit from Okta — just keep in mind that the company isn’t profitable right now. All of this means investors who are OK with a little bit of risk (but not nearly as much as what comes with investing in penny stocks) might have to stomach some volatility from Okta’s share price, but they would potentially end up being rewarded as this new market takes off.

Neha Chamaria (SSR Mining): After a muted couple of years, shares of gold miner SSR Mining have started to pick up the slack in recent months. At just under $13 apiece, SSR Mining is far from a penny stock, but it’s still a small-cap company that could soon enter the mid-cap league if its growth plans pan out as expected.

Vancouver-based SSR Mining has two things going for it: A solid production growth profile and a strong balance sheet. Gold production at its flagship mine, Marigold in Nevada, is expected to jump 30% by 2021. Meanwhile, its Seabee mine is expected to produce a steady average of 100,000 ounces of gold per year through 2023, representing nearly 29% growth from 2016. Chinchillas is another promising project that hit commercial production in December 2018, and it’s expected to produce average annual silver equivalent of 8.4 million ounces over its eight-year life.

Overall, SSR Mining foresees its gold equivalent production increasing 37% by 2021 at considerably lower cash costs, which should ring in strong cash flows for the miner. It’s worth noting here that all three of SSR Mining’s operating mines (Marigold, Seabee, and Puna, which includes Chinchillas) are generating positive free cash flow, helping the company build a pretty strong cash-flow profile in recent years. With significant upside visibility in its cash flow, SSR Mining is one stock you might want to park your money into instead of placing a risky bet on a penny stock.

Source: The Motley Fool | Don’t Waste Your Money on Penny Stocks. These 3 Stocks Are Better Buys